In Wales, a "Blue Book" helps a mother and son cope with an apocalypse

"Sometimes I think it's impossible for someone to be as beautiful and ugly as my mother," comments the fourteen-year-old co-narrator of Manon Steffan Ros's award-winning Llyfr Glas Nebo (The Blue Book of Nebo). The Welsh novel, recently published in English translation and excerpted in Words Without Borders a few years back, is in the form of dual diary entries from a boy and his mother following a world-ending war. 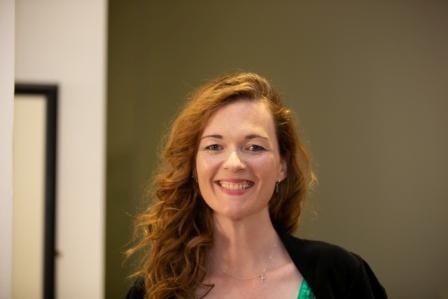 To get to know the novel's author, who also translated The Blue Book into English herself, students might read her recent interview in Words Without Borders, where she talks about her inspiration for the story and comments that:

I realize that it isn’t a book about nuclear disaster: it’s a book about the relationship between a mother and son.

At the same time as its themes are universal, the book also includes some geographical references which may not yet be familiar to students; for example, the title refers to a notebook the protagonist and his mother find in Nebo, Wales. To help students gain familiarity with Nebo and other places mentioned in the novel, you might have them virtually visit them on Google (beginning with the link to Nebo above) and/or create sketches based on imagery in the excerpt, such as the description of the view from the top of the lean-to:

Down toward Caernarfon, where you can see the castle towers jutting out like gnarling teeth, and then the sea and Anglesey beyond it.

The Welsh culture may also be new to student readers. In the introduction to this issue of the magazine where The Blue Book of Nebo first appeared, Casi Dylan characterizes Welsh literature as a literature which, often through the bludgeoning of circumstance, has had to deeply consider the politics and poetics of place, of language and memory, of incorporating diversity into a fight for survival. To find out more about the culture and history that informs this novel, students might begin with the multimedia "An Introduction to Wales", also available in basic English for English Language Learners, and published by the Norwegian Digital Learning Arena.

A class discussion might examine the use of a dual perspective in this novel. We get to know Siôn and Rowenna through their own words and through their words about one another. For example, we first encounter Rowenna as Siôn's formidable "Mam," and only afterwards as "Rowenna," who writes in a more tentative voice than we might have expected. To get students thinking about this technique, you might ask:

The Blue Book of Nebo would pair well with:

Potential assignments or projects following a reading of the excerpt might include: